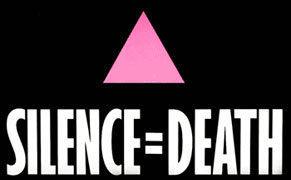 In December scientists gathered at the American Geophysical Union Conference in San Francisco to protest President-elect Trump’s selection of climate-change deniers to major government positions. The incoming administration will destroy their work, be detrimental to the health of our planet, and cut funding. Peter Frumhoff from the Union of Concerned Scientists said, “Science and evidence are at risk.” A post-truth world is being ushered in exactly when truth is desperately needed. Climate change is a scientific fact that our new president is denying to the detriment of our future.

Poet Daniela Gioseffi interviewing Alicia Ostricker in Rain Taxi writes, “I don’t think most people are thinking of what climate crisis means: drought, thirst, hunger, starvation, wars over resources, migrating cultures clashing violently. It’s already happening now in the Mideast. The Syrian conflict started over a twelve-year drought in Syrian farmlands that drove the agrarian society into the cities. When Assad didn’t respond to their hunger, thirst, and need for work, a revolution broke out that became invaded by various factions, including the insanely fanatical Daesh, erroneously called the Islamic State. I fear all culture, art, and poetry is imminently threatened, so why keep writing?”

Why keep writing is a question I think every writer asks themself. My poetry book Truth Be Bold—Serenading Life & Death in the Age of AIDS will be published this spring entering this new post-truth world. I am coming out as a long-term survivor. For years, I kept this personal medical history private, sharing only with a close circle. Every coming out is emotionally challenging; and now my book is announcing my status, a big truth of my existence. Our to-be president has no AIDS agenda and has plans to dismantle Obama’s health care initiative that gave over 20 million American’s health care. This will be a detriment to many, including myself.

The slogan Silence=Death was created by the art collective Gran Fury in 1988. It symbolizes the urgency to speak out or die. There is a lot to learn about political action that was necessary during the AIDS epidemic. I was part of the movement from my early ACT UP meetings in NYC, to working in AIDS services for over 21 years. We moved science forward, figured out how to collaborate, and focused clinical trials and research to a better future with community participation. We all need to be vulnerable, to speak our truth, and to learn how to work together so we can create the progressive world where we want to live. It is the best answer I can give to why keep writing.