Our current government is trying to destroy one of our national treasures, the US Post Office. This will make voting in the November election a challenge.

In Seattle we have ballot boxes available in many neighborhoods. This works and is useful, but many still use the mail, and last year our state law changed so you no longer need a stamp to mail your ballot.

My uncle worked for the post office his entire career after serving in the military for our country. He was a caregiver for his mother, my grandmother, his grandmother, my greatgrandmother, and eventually for my mother while he was alive.

He died while still working at the Post Office at age sixty-four, before he retired.

In many ways our elections have been rigged for years. Now they are using the Post Office in this war to stop many from voting. Sorting machines have destroyed and there is no plan to replace them.

I remember my uncle studying zip codes when we moved in with him after my father died. This was before sorting machines.

I went with him to work once, and learned he had a nickname, the H Bomb. His last name was Baum, his first name was Harold. It implied he had a temper, but I knew him as passionate in his opinions.

My uncle could talk for hours, especially after drinking a beer or two. He worked hard. And he would hate to see the post office destroyed. He would get angry that people in rural areas might not have access to mail, prescription drugs, or an affordable way to send a card or gift to a loved one. Our family was rural and urban, a split family. Great Grandmother had a farm upstate New York. Her daughter married a city man. We went back and forth through generations country to city, city to country.

It is important we preserve this vital service so many people depend on. 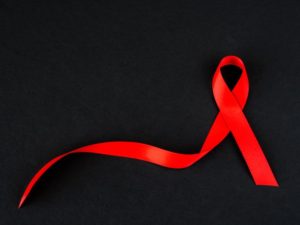 An essay, “How HIV Affected One Woman’s Sex Life,” was published at MollyHouse Journal. The journal can be downloaded on an E-reader or as a pdf.

Two poems from my poetry book, truth be bold—Serenading Life & Death in the Age of AIDS, will be included as part of the AIDS Memorial Pathway Visual Art Series. The film “Written to Remember,” features sixteen local writers reading from their work. It premiers August 27 to the 30th, go online to the Northwest Film Forum to find information.

Information and tickets are through Brown Paper Bag.

Tickets are purchased through the Northwest Film Forum calendar. Select the date you would like to view the film; tickets are based on a sliding scale from free to a $25 donation. It’s a great cause to support and I would love to hear from you if you attend.