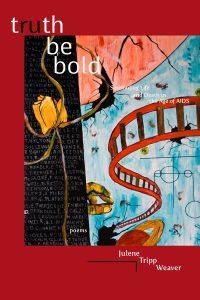 2016 was a busy year. After a long hiatus from the business side of writing, it was time to submit my writing again. After several invitations to submit a full size manuscript, to the press that published my chapbook in 2007, I  pulled together my HIV/AIDS poetry, including new poems I wrote in 2015 inspired by the HIV Here & Now project, and sent it to the editor. To my delight the manuscript was accepted.

In 2016 I sent out a total of 158 individual poems & short creative non fiction pieces, of them 14 poems were published in nine journals, three poems are coming out in anthologies this year, one of my creative non fiction flash stories was published in the Yellow Chair Review, an essay was published in a psychology journal, and I was the inagural featured poet on a new poetry website developed to feature poets! Of the submissions, ten journals have not responded, four that sent rejections invited me to resubmit in the future, I resubmitted to one of those four and was rejected again.

In addition, my poem Istanbul Secrets written in 2015 after a trip there, won an award in June 2016. I wrote several poems about my trip and submitted a small chapbook that was not accepted.

It feels good to have had such a warm reception after six years that I did not have the time for the writing business.

My book is in the final stages of publication. I wait on the galley, and I am going to AWP to promote my book. I’m thrilled to go to another AWP in Washington DC, I was there the last time it was in DC, 2011 when my book No Father Can Save Her was published, I’m excited to have an opportunity to connect with the writing community, and will I will read at an off site event with Menancing Hedge, which published my work in their inaugural issue in 2011, one of the three poems they published will be in my new book!

This year has been bountiful, and took a lot of effort. My life has shifted, I turned 64 this year and am partially retired, This past year I  have not had a regular job to go to, only a very small private practice. I have another writing project calling me, the completion of a memoir. My time will need to be devoted to this writing and submissions will take a secondary place again to adequately give the memoir the time it needs to become the book I know it can be. It feels as if I’m at baseline starting over.

I’m grateful my writing is being received, grateful I’ve had the time and energy to give to it this year. You will be hearing more of my journey as I begin to shift to memoir and see where that leads. Meanwhile, please watch for my newest book and my readings this spring in the Seattle area. Next year I will focus on promotion as I grapple and do the writers dance, how to promote and write new material. Meanwhile, stay tuned for my next News on my experience at AWP in DC.